Catholic Diocese to require child-safety training for all volunteers

Erin Sanchez has helped out as a volunteer for her son’s kindergarten parties and book fairs at Little Flower School in Springfield.

Like potentially thousands of volunteers throughout the Springfield Catholic Diocese, Sanchez will now be required to attend a child-safety program and undergo a criminal-background check as the diocese tightens rules designed to prevent sexual abuse of minors by church personnel.

“If it’s to safeguard the children, I see no problem with it,” said Sanchez, a Little Flower parishioner and a former teacher with the Springfield public schools. 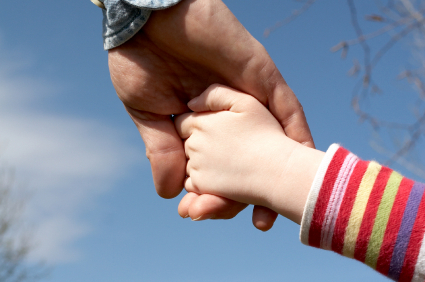 Since 2003, all religious personnel and lay persons in the 28-county diocese who have “regular or significant contact with minors (under 18 years of age)” have been required to attend training programs and undergo criminal-background checks.

Now, all volunteers, from Eucharistic ministers and choir members to those working at parish fish fries and spaghetti dinners, will be subject to the same rules.

The policy makes no distinction between one-time volunteers and those who may volunteer more regularly, such as church ushers or musicians.

The changes were signed off by Springfield Bishop Thomas John Paprocki after consulting three different groups from the diocese, said Patricia Kornfeld, the diocese’s victim-assistance coordinator.

The idea behind the changes, Kornfeld said, is to protect children. She downplayed any notion that it will burden volunteers.

“I hope (the new policy) is embraced as a positive step to providing a safe environment for children,” said Kornfeld. “We truly need to have volunteers who contribute to the life of a parish. Anyone called to volunteer is a special blessing to the parish.

“Spending time to learn how to protect children shouldn’t be viewed as an imposition for anyone.”

Trying to separate out who needed training and background checks “didn’t compute,” said Kornfeld. “If you’re going to do it, you might as well train everyone. That’s what the general opinion came down to.”

Still, “everyone has some hesitancy that volunteers will run for the exits,” acknowledged Kornfeld.

“It probably could scare some people off,” said the Rev. Jeff Grant, pastor of Blessed Sacrament Church in Springfield. “If you don’t think it could, you’re naive. But it’s for the safety of the children.”

“It’s a major, major undertaking because you’re talking about hundreds of volunteers,” said Monsignor David Lantz, pastor of Christ the King Church in Springfield, noting that there are at least 200-plus families in the school alone.