A Midlands teacher is accused of criminal sexual conduct of an underage girl who was competing in the Special Olympics.

Cornelius Davis, 29, is currently facing charges out of Mt. Pleasant. Davis is listed on the Brookland Cayce High School website as teaching assistant. News19 has also learned that he is a basketball coach with the Special Olympics in South Carolina.

According to an incident report filed by Mt. Pleasant police, officers responded to a hotel on a call of possible criminal sexual conduct with a minor. A woman said that her daughter had had sex with her teacher, Davis, who the report says was acting as a counselor for the Special Olympics. 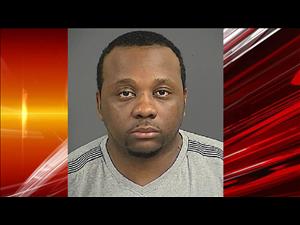 A teacher told police that around 10 p.m. on March 2, Davis told a member of the group that he needed to take the victim to see her mother at another hotel.

Around 11 a.m. the next day, a classmate of the victim told another member of the group that the victim had been in Davis’s room having sex with him.

The victim was taken to the hospital, where she reportedly told a nurse that she had sex with Davis back in Cayce on Thursday night and again Friday night in Mt. Pleasant.

“My initial reaction is that it is just horror at what happened. My concern is for the athlete, the child,” said Coats. “At this point I don’t know who it is, it hasn’t been released to us. So we will look at how we register coaches, how we do background check, etc. I think we do a great job.”

According to Lexington School District 2 attorney Jake Moore, Davis has been placed on administrative leave and is not allowed back on school property. Moore said the school district is cooperating fully with the on-going law enforcement investigation.