CA Parents Question Why Background Checks Did Not Work

I don’t think I have ever heard of a school administrator terminating an entire staff but that is exactly what happened this week at Miramonte School in Los Angeles.

Two teachers were arrested for child sex abuse that has allegedly occurred over many years.  Teacher Mark Berndt, who taught at Miramonte for more than 30 years, has been charged with felony molestation of 23 children ages 6-10.  Police said they have 40 photographs of Berndt allegedly committing lewd acts on children. 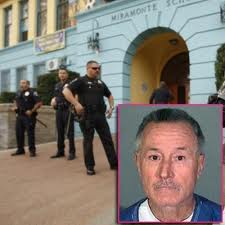 What is probably most troubling is Berndt was fired in January 2011.  Yes, a year ago but was only arrested on January 31, 2012.

Why is that troubling?  Well, because another teacher, Martin Springer, was arrested on February 3, 2012 on suspicion of committing lewd acts on children.  More than 12 months after Berndt was fired but no disclosure had been made to parents or staff.

I think what some parents are really asking is why did it take more than a year for them to find out about this former teacher?  And did Springer harm any children during this 12 month period of silence?

There is no indication from law enforcement that Springer and Berndt were working together.  However, a simple disclosure to parents might have lead to a conversation between parents and children.  Detective James McLaughlin, Keene, NH Police Department, who is recognized expert on child sex abuse has said that the disclosure rates for child sex abuse exploded in Keene shortly after he became a detective and started speaking to every civic group that would allow him to speak.

How did that impact report rates?  Parents went home and talked to their children.  And children that had been threatened and intimidated into remaining silent finally broke the silence.

So the lesson for employers is our responsibility to provide a safe work environment is an ongoing process.