A former Los Angeles substitute teacher charged with molesting students is believed to have gone to ground in Mexico, police say.

The whereabouts of George Hernandez, 45, are unknown, the Los Angeles Times reported. Diana Martinez, an assistant district attorney in Los Angeles County, said her office will seek his extradition once he is found. 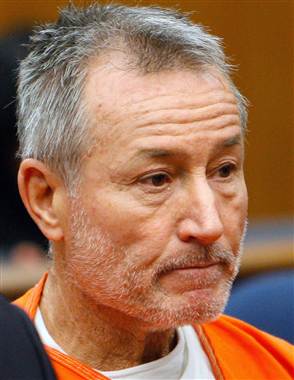 Hernandez resigned from the Los Angeles Unified School District in 2007 after being investigated three times for sexual misconduct. He was arrested after police found a videotape that allegedly showed him in a sex act with a student in the Inglewood district, where he was hired.

The mother of his alleged victim has sued both the Los Angeles and Inglewood districts. Los Angeles apparently failed to report the allegations against Hernandez to the state Commission on Teacher Credentialing, while Inglewood allegedly failed to do a thorough background check.